Menifee is one of the fastest growing cities in Southern California. The City of Menifee is located immediately to the East of Canyon Lake and approximately 30 miles southeast of the City of Riverside,

Menifee is one of the fastest growing cities in Southern California. The City of Menifee is located immediately to the East of Canyon Lake and approximately 30 miles southeast of the City of Riverside, California. With Temecula, Murrieta, Winchester and Hemet also being only minutes away as well as Diamond Valley Lake. There are many employment opportunities as well as available homes. The City encompasses approximately 50 square miles with an overall population of approximately 85,000. There are approximately 137 new, reasonably priced communities currently under construction at this writing, complete with all the amenities you would expect, including parks, sports parks, pools and more. One of the newest developments is the Audie Murphy Ranch named after the famed actor and World War II hero who used to own the land on which the development is built. The open space and many parks in Menifee appeal to both young and old. The Countryside Marketplace is a newer shopping center conveniently located next to the I-215 freeway. It encompasses two sides of Haun Road and has many retail shops and restaurants both completed and under construction. One of the newest amenities to be built is a new “luxury” movie theater that will be outfitted with bar, fully-reclining seats, and bowling alley. The Krikorian complex, which was originally projected to open in the summer of 2015, will include 12 stadium seating luxury auditoriums, all outfitted with leather, fully reclining seats, in-theater food and beverage service, and state-of-the-art sound systems. Menifee is a business-friendly city that is working to attract new businesses, retail, restaurant and entertainment-related projects to tap into Menifee’s increasing economic potential. The newly streamlined permitting processwith assistance from the Economic Development Department makes locating a business in Menifee attractive and simplified. The city is also investing more than $100 million in infrastructure projectsto improve business access and traffic flow 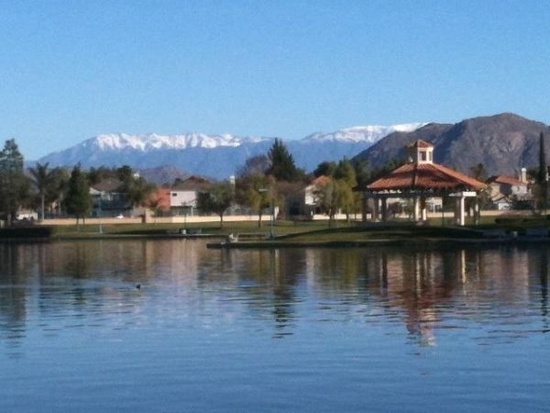